Why I reduced calendar block times, and increased unstructured time

I write regularly about productivity and time management techniques. I’ve made spreadsheets to count my pomodoro focus time, and enjoy finding ways to efficiently doing more with less.

So, imagine my surprise when it started to feel like I got things done ahead of schedule, leaving unstructured time. (This is not including work hours, since a lot of what I track is precisely on my writing, public speaking preparation, and game development, which is done outside of work hours.)

At first, I was merely confused, because it felt that I hadn’t changed much about my routine, and I was still doing the same things I had been. Then, I racked my brain on how I should allocate this newfound block time.

I eventually decided to just leave the time blank.

There were some things that I realized are replaceable, whereas others were not, such as time with family.

Why am I finishing things ahead of schedule?

The main confusion with my newfound unstructured time was this - I was still writing a blog post a week, and also speaking at conferences at the same cadence at before.

I often blocked out 6+ hours a week for each, with up to 12 hours in total spread over nights and weekends for those “extracurriculars”. Pre-pandemic, this left enough time to socialize on some weekday evenings, as well as weekend evenings if I got things done fast enough during the day. 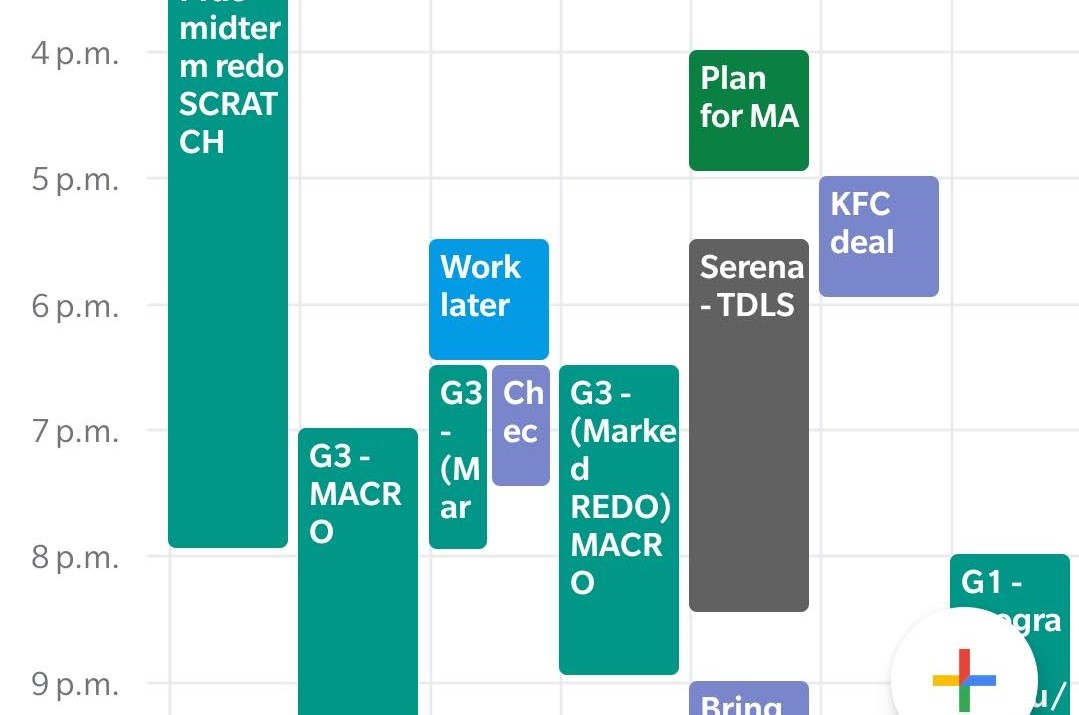 I’d fill my schedule up with exactly what to do - it served me well in the past to study for my master’s while working full time.

Of course, with the pandemic, the free time available to allocate increased, since 1.) I socialized less, and 2.) there is no commute time required for virtual events or online gaming.

However, the weird influx of unstructured time wasn’t all due to the pandemic and working/socializing remotely.

I eventually realized that it was due to me getting much faster at my planned tasks.

For example, blog posts were taking me less and less time on average to write (all other factors held constant). Preparing for public speaking used to take up to 15 hours to prepare for a 1 hour talk, but now it was closer to 5 or so hours, depending how much of it was based on an existing talk, and how much content was net new.

I know this phenomenon sounds ridiculous to worry about, but since I’ve been constantly improving my productivity techniques over many years (with my top priority being avoiding burnout), this “new” scenario was interesting for me to analyze.

So the answer was - I was getting better at things, which made me much faster at producing the exact same output, all things held constant.

In addition to the time gained from less in-person events due to the pandemic, the mysterious unstructured time that appeared was simply due to experience.

My first instinct was to ask myself: Since I allocated 12 hours per week to “extracurriculars”, and now there is only a portion of that being used, where else should I re-allocate those hours that I gained back via my increased efficiency?

Initially I had several ideas, such as reading more books, and learning additional skills. I could do a lot with 12 hours, as evidenced in the past.

There was some difficulty with re-allocating unstructured time, however.

Due to the fact that most of the “extracurricular” tasks I work on now take variable amounts of time, such as one blog post taking much longer than another, it was still safer to allocate the upper bound of time, rather than tightening it. As such, the newly appeared unstructured times could not be perfectly predicted and preemptively scheduled.

Additionally, the following reasoning made me decide to simply not re-allocate the newfound block time:

It turns out that when I graduated from high school, I had already used up 93% of my in-person parent time. I’m now enjoying the last 5% of that time. We’re in the tail end. - Wait but why blog - The tail end

I think that for myself in the past, it was great to focus on things like career development. It’s set me up for success, today. But to be frank, the pandemic has helped me realize some things about what’s truly important, especially faced with reminders of human mortality every day.

For those hustling, I wonder if this could be applicable to your situation. Some things are more replaceable during this time, and some are not.

The job or company you’re gunning for (if you’re currently employed or enjoying a sufficient runway), such as Google, will still be around. If too much time is skewed toward preparation (e.g. LeetCoding), perhaps part of that can be moved to something that won’t be around easily in 5, 10 years.

I don’t regret my priorities before, but they have simply changed. An analogy is seeing periods in our life like changing seasons - some things can happen now, rather than later. I can focus on career intensely for some years, and then my close relationships for another few years, without letting my productivity-hungry self feel guilty (and if I feel guilty, I’ll try to persuade myself to take it easier).

This is a realization that I can (afford to) be more mellow with my time management approaches lately. But overall, I think that reducing productivity is actually an act of becoming more “productive”. As I wrote some time ago - what use is productivity if it doesn’t allow you to do other important things with the time freed up?